A special breed of alien is entering our ecosystems and even our homes. Long vanished creatures like dodos arise from the beyond and question the certainty of death and ephemerality as a whole.
Should we leave dodos in the past, as part of the history of extinction? Would we like to bring them back and have them as companions? Or should they rather be set out into the wilderness of Mauritius where they were endemic to?
Building on "Dodo in the Room", a new edition of the project is created for "May I introduce: Alien". While dodos and humans had lived together for a very brief period of time, they have formed an interesting relationship throughout history. The project dives into the bits and pieces of this entangled relationship between dodos and humans and critically reflects on their possible future(s) together. Through an interactive process, the project maps out collective visions, hopes and concerns about de-extinction and explore our interspecies relations.
-------------------------
The project was produced as a part of the virtual exhibition "May I introduce: Alien" at AIL.
Curation: Alexandra Fruhstorfer & Lena Violetta Leitner
Contributing Artists: Solmaz Farhang, Alexandra Fruhstorfer, Lena Violetta Leitner, Ege Kökel and Andrea Palašti
Scientific Experts (audio contributions): Dr.in Tanja Duscher (Wildlife Biologist), Dr.in Elisabeth Huber (Anthropologist), Dr.in Elena Messner (Cultural Scientist), Dr. Markus Schmidt (Science Communicator).
SOME IMPRESSIONS
FROM THE INTERACTIVE VISITOR SPACE
"I would keep dodo in the past. In fairytales, in memories."
Anonymous
"I would take the Dodo bird as my hologram-companion, to travel the continents together..."
Anonymous
"Please eat humans!"
Anonymous
AILien TALK
Within the exhibition program I have been invited to talk about my project. You can watch our talk with philosopher and animal ethicist Judith Benz-Schwarzburg and designer Alexandra Fruhstorfer about multi species relationships and science art collaborations.

Have a look at the full supporting program including all the amazing talks here!
AILIENEXPRESS
Our virtual web shop Alienexpress opened its first real pop-up shop at Fabrikraum between 10.09.2021 - 19.09.2021. Visitors could meet our team Solmaz Farhang, Alexandra Fruhstorfer, Lena Violetta Leitner, Andrea Palašti and me and they were invited to sneak peek into our email correspondences, customer reviews, shared calendar and storage & packaging space. 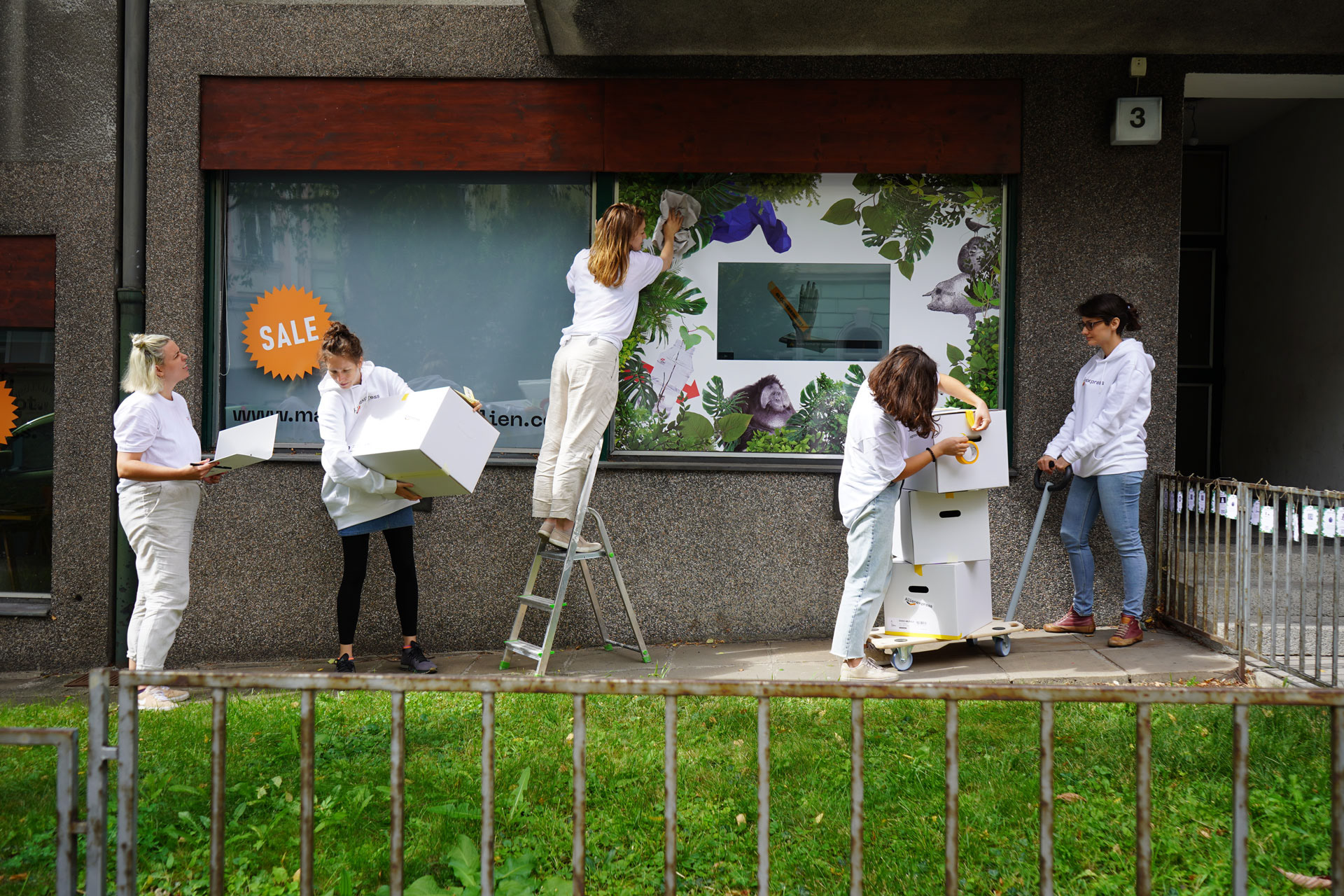 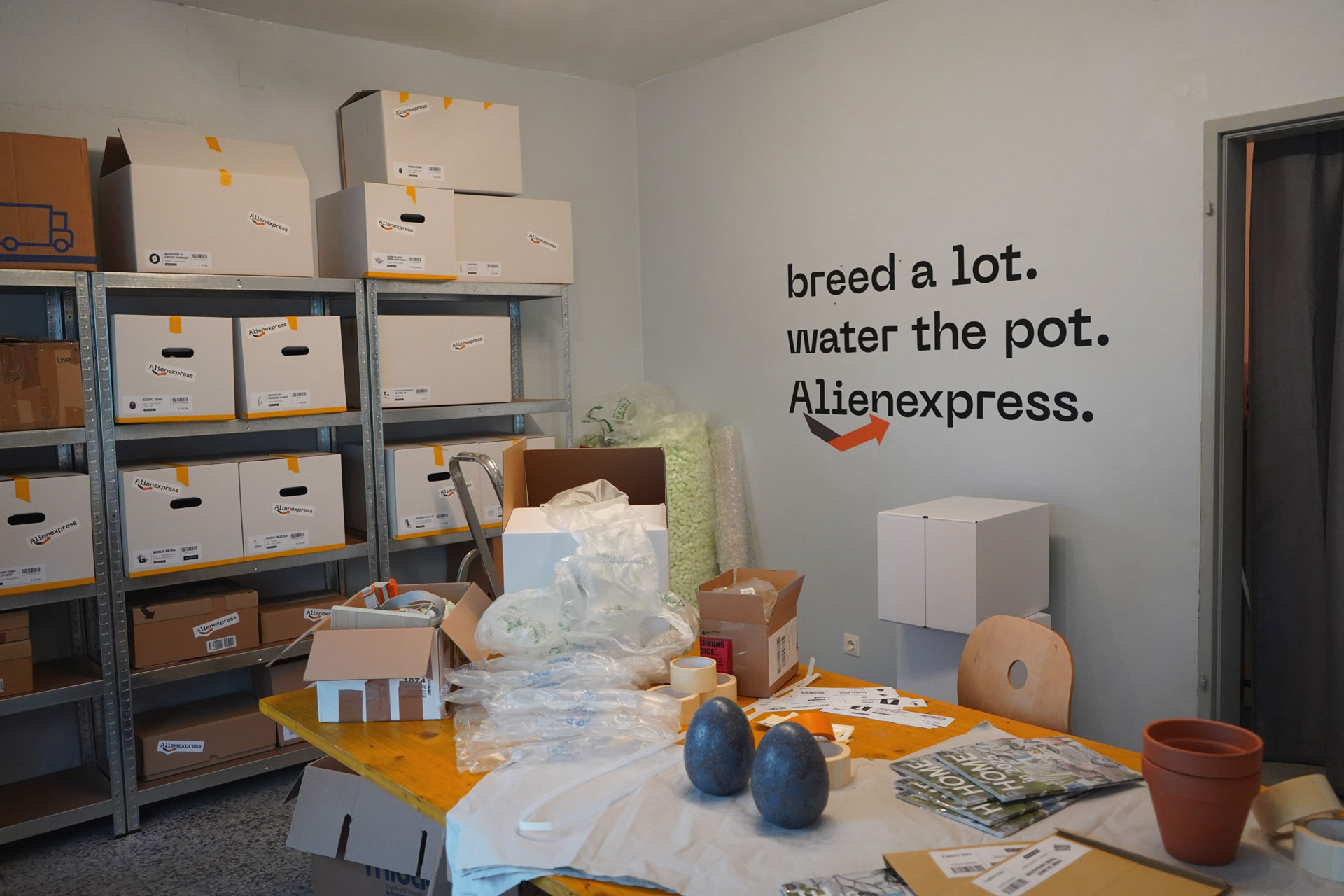 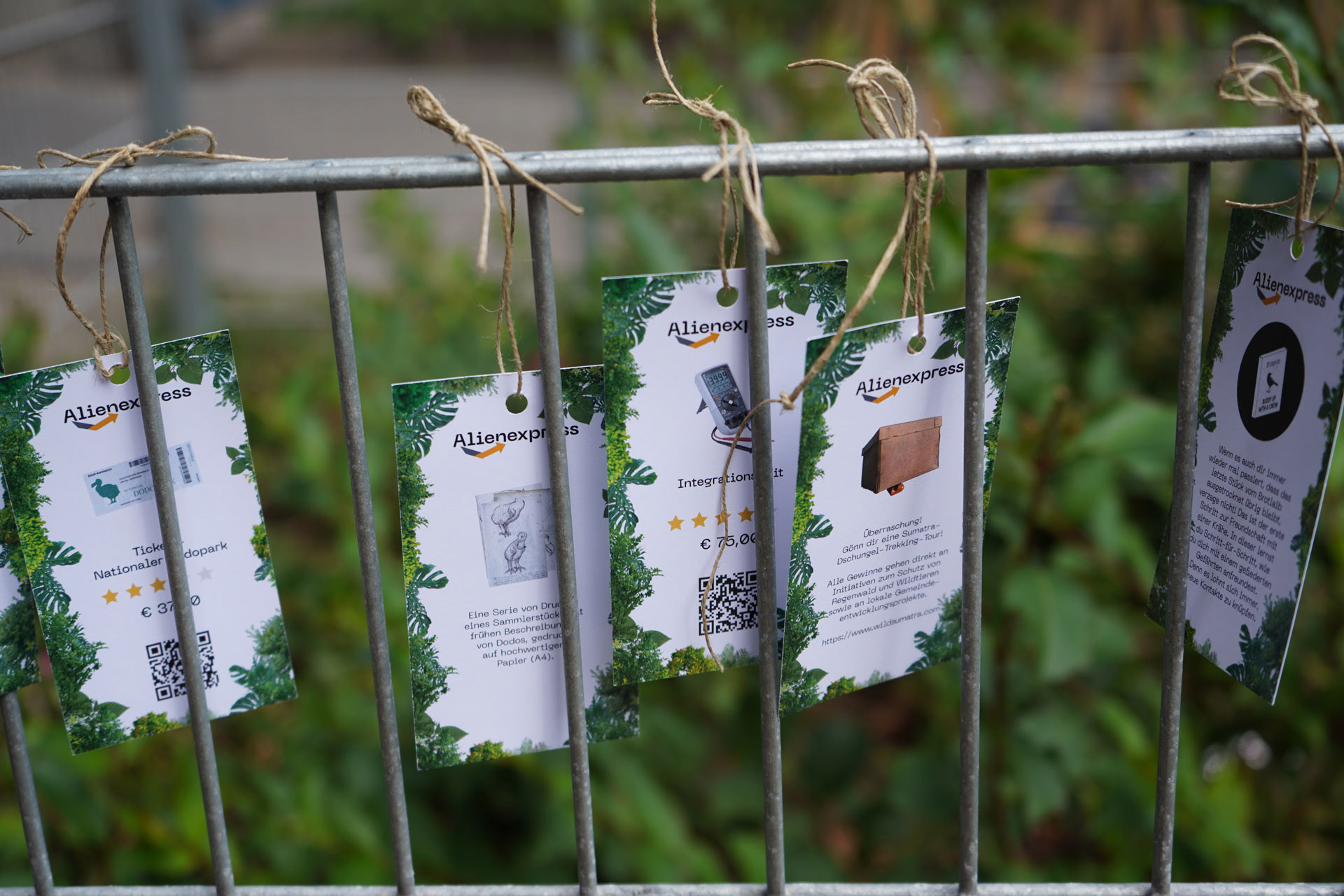 MAY I INTRODUCE: ALIEN - NOVI SAD
Our virtual exhibition went to Novi Sad to be displayed in the SULUV Gallery from 25.10.2021 till 05.11.2021. We organised some talks, interactive formats and artist tours.

Here are some of the postcards that were designed as an analogue interaction to exchange on the topic of de-extinction and dodos.